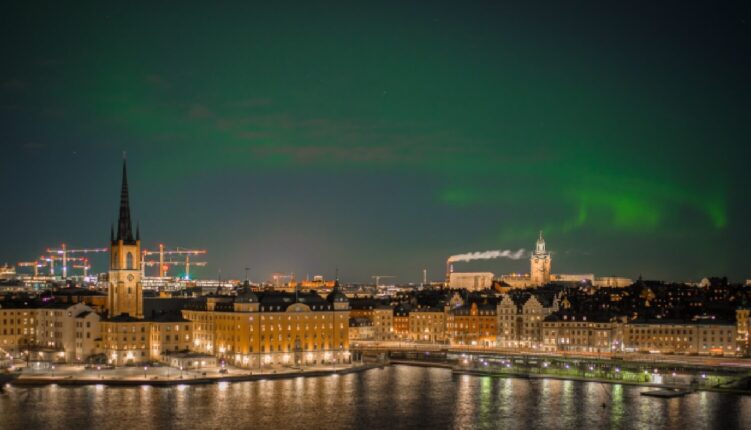 Maybe your dream vacation is a combination of calm and venture? Be able to start your morning to the chirping sound of birds but spend the day strolling along streets and squares to explore both cultural and culinary experiences. There are many advantages to renting a holiday home close to some of Sweden’s largest cities. You get the freedom that comes by closeness to nature but you can in a moment change the environment and maximize your holiday experience!

The old working-class city of Gothenburg is known for its relaxed and “good” atmosphere so it’s not a surprise that it’s one of the favorite destinations in Sweden.

The city is home to Scandinavia’s largest port and for many of Sweden’s largest companies, which has left its mark on Gothenburg. First known as “Little Amsterdam” for its urban planning, but with the industrialization in the 19th century and the great wave of Brits who settled here, the city became better known as “Little London” and is so still today. Today Gothenburg is also known as the city of culture, the city of entertainment and also the festival city! As if that were not enough, Gothenburg also attracts by being one of the most café-dense cities in Sweden.

Whether you choose to call the city “Little London”, “Little Amsterdam” or in short “Gothenburg”, there are many reasons to love Gothenburg. We have selected 5 top tips so that you can get the most out of your visit:

Liseberg is the largest amusement park in the Nordic region’s and centrally located in Gothenburg. This place is a must during your visit to the city! In addition to rides and cozy shops in the amusement park, concerts are organized during the summer, where you only have to pay for admission!

The Gothenburgers’ own green oasis in the middle of the city. Walk around the park among beech, oak and linden and pay a visit to the moose and seals! This is a popular place to just relax and socialize. Here you can, among other things, play Frisbee golf and eat well at cafes or restaurants, e.g. At the restaurant Villa de Parc near the pond.

Fiskekyrkan – directly translated “The fish church”  is pronounced Feskekörkan and it’s a popular tourist attraction and a gathering place for seafood lovers. As mentioned earlier Gothenburg is home of one of the greatest harbours in the Norden area and a lot of the fresh fish and seafood caught for the day will be sold here. If you don’t feel like cooking you can always enjoy a great fish or seafood dish from one of the lovely restaurants in Feskekörka.

The classic “Fika” in Haga

The Haga district with low charming wooden houses and cobbled streets is one of Gothenburg’s most densely populated areas and very popular. With its wide selection of cosy coffee shops it invites you to enjoy a coffee and then stroll and peek in among all the small shops!

Experience Gothenburg from the water and book a boat trip with Paddan – “The Toad”. Starting the tour at Kungsportsplatsen and then brings you along the channel all the way out to the big harbour. Paddan offers guided tours in different languages and it’s a great way to learn more about Gothenburg’s history and culture.

Malmö – an inviting feeling of the continent

Sweden’s third largest city at the southern tip is Malmö and is a junction between Sweden and Denmark with the help of the Öresund Bridge. Here there are plenty of sights and activities for you who have chosen to rent a cottage in Malmö or the surrounding area.

A must is to see the Turning Torso. With its impressive height and twisted style the building has become a landmark for the city of Malmö. Another must is to visit the city center and see Lilla Torg – “Little square” which dates back to the Middle Ages and is located right next to Stora torg – “Big square”. Here you can unwind at one of the square’s restaurants or have a drink and enjoy an ice cream.

Another major attraction in Malmö is the St. Petri Church. The church is a cathedral built in the 14th century which also makes it the oldest building in the city.

For those who want to discover even more exciting historical attractions, a tip is to see Malmöhus Castle from the Renaissance. The castle is one of the oldest Renaissance castles in the Nordic countries and it is incredibly well preserved.

An idea for an outdoor activity is to rent the bikes in Malmö. This is an excellent way to see the city and how most  residents of the city get around. Also take the opportunity to visit Slottsträdgården, Folkets park or one of the 20 different theme playgrounds around the city.

Experience the city between the bridges – Stockholm

Renting a cottage in Stockholm or in the surrounding area is a different and flexible way to discover the capital of Sweden.

Stockholm is known for its beauty where water and greenery are woven together and where bridges connect the 14 islands in the city center. This layout is the reason behind one of the city’s nicknames – the Venice of the North.

There are thousands of things to see and do in Stockholm! A must is to wander the streets of the Old Town which is a well preserved part and the city’s oldest district dating back to the Middle Ages. The district is teeming with historical trails and sights. Here you will also find the Royal Palace, which is a popular tourist attraction together with the Swedish Parliament. The district is also one of Stockholm’s most densely populated areas in terms of restaurants and shops. Take a look around the shops and enjoy a break at one of the many restaurants in the Old Town.

Another idea for the family is to take a day trip to the amusement park Gröna lund and the animal and cultural park Skansen. Both are located on Djurgården in central Stockholm. There are also several museums to visit there and one of them is the Vasa Museum where you can learn more about the Vasa ship that got stranded shortly after departure in the 17th century and was one of the foremost failures of our time. The shipwreck was discovered in 1961 and is today being reconstructed at the museum.

In the capital you will find an abundance of shopping and entertainment. You will find shops and malls all around the city where Östermalm is the address for some of the more exclusive shops. The restaurant selection is large and there is everything from fine dining to typical neighborhood restaurants throughout the city. Stockholm’s nightlife is vibrant where Stureplan is one of the most famous streets.

Småland – deep forests, sparkling lakes and much, much more!